President of the board of directors 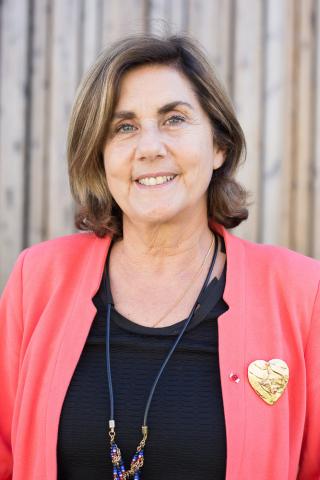 Marion Guillou has chaired the Agreenium Board of Directors since her election on 25 November 2015.
She also has a variety of national and international responsibilities within public bodies, especially in relation to food security, research and skills training in the agricultural and food sectors: member of the Boards of Directors of the Consultative Group on International Agriculture Research (CGIAR) and BIOVERSITY, member of the Strategic Research Council, the Board of the Legion of Honour, the Consultative Board of the Chinese Academy of Agricultural Sciences and member of the Academy of Technologies.
She is also an administrator in private companies (BNP Paribas, Véolia, Imerys, Apave) and NGO (CARE-France). Previously, her career as an engineer and researcher led her to the post of Chairperson and Director General of Inra between 2004 and 2012, Chairperson of the Board of Directors of the Ecole polytechnique between 2008 and 2013, Director General of Inra between 2000 and 2004 and Director General of Food between 1996 and 2000. Her most recent publications have covered: technologies and climate change (Academy of Technologies, 2016, with A. Pavé); proposals for the food safety policy (2014, with C. Babusiaux); the agro-ecology project, towards double efficient agricultures (2013); feeding 9 billion people (Ed. Quae, 2012, with G. Matheron).
Marion Guillou is a graduate of the Ecole Polytechnique (X73) and of the National and the Ecole nationale du génie rural, des eaux et forêts (78). She also holds a PhD in food sciences.